When Chelsea Clinton finished a lesson at her piano teacher’s house in 1993, she had no idea that she would take home a kitty. Though Socks had been a stray, he was intent on finding a home. He and another cat had been hanging out in the teacher’s yard, and as Chelsea came out of the house, Socks jumped into her arms.

Socks settled in at the Clinton’s house. Bill Clinton was governor of Arkansas at the time, and Socks had the run of the house and grounds. He could chase squirrels and other furry creatures to his heart’s content.

Socks’ life changed when the Clintons moved into the White House. Though he had the distinction of being the first cat to live in the White House since Jimmy Carter’s presidency, his owners decided it was unsafe for him to roam the 18 acres of his new home. They knew how much Socks liked to hunt, and that he might squeeze through the iron fence. Socks could go outside, but he stayed on a long leash on the South Lawn.

Even though he couldn’t hunt much, being the president’s pet had some advantages. For example, he got to sit on President Clinton’s shoulders in the Oval Office. He also made many new friends among the staff. One of his favorite people to visit was the president’s secretary Betty Currie. 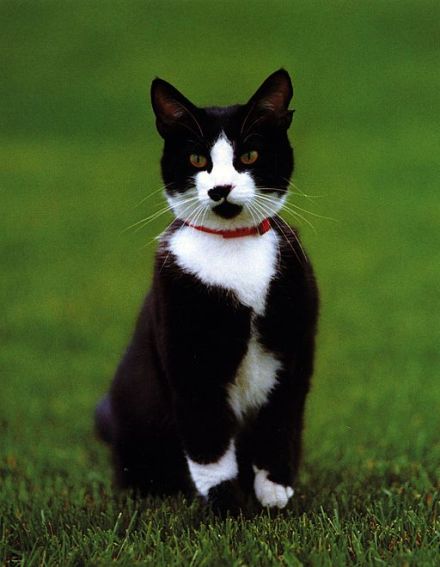 Official Portrait of Socks the Cat, 1993

As First Cat, Socks had certain duties to perform. He often accompanied Hilary Clinton on visits to hospitals and nursing homes. Socks seemed to enjoy the attention he got from kids and senior citizens. During these visits, he sat on Hillary’s lap and purred away. He also knew how to make an entrance. When he went anywhere, Socks travelled in his own carrying case with the presidential seal on it.

Socks became the first presidential pet to have his own webpage. An animated version of Socks guided children through the White House website. He also got a lot of fan mail from kids. The Clintons made sure that Socks sent a card back to his fans with a paw print.

In 1997, the Clintons got a Labrador retriever named Buddy. Everyone was thrilled–except for Socks. Hilary Clinton said that Socks “despised Buddy from first sight, instantly and forever.” Socks enjoyed being the only furry member of the family, and couldn’t stand having to share the spotlight with a boisterous dog.

To be fair, the dislike seemed mutual. As Hilary Clinton said, “if they were left together, Socks would be found hissing, fluffed up and with his back arched, while Buddy tried to chase him under the sofa.”

Bill Clinton’s second term ended in 2002, and the family decided it would be best to separate Socks and Buddy. Socks left with his old friend Betty Currie for her Maryland home. Even though he was no longer First Cat, Socks still made appearances with Betty for charities.