James Monroe was the son of a Virginia plantation owner. He became an orphan in his mid-teens. Fortunately, he stayed with his uncle who liked James and his siblings. In 1774 Monroe attended William and Mary College in Williamsburg. Monroe and his friends found plenty to do outside the classroom. The Royal Governor had already left town due to the spirit of rebellion among some Virginians in the colony’s capital. Along with a few classmates, Monroe helped to raid the absent governor’s palace. The young men took 200 muskets and 300 swords which they gave to the Virginia militia. In the winter of 1776, Monroe joined the Virginia infantry.

By the time he became president, Monroe’s resume included service as a soldier in the Revolutionary War, U.S. senator, minister to France and England under President Washington, governor of Virginia, and positions as secretary of state and secretary of war under President Madison. He became friends with James Madison and Thomas Jefferson while the U.S. government was being formed. Together, the three of them opposed the policies of John Adams and other Federalists. 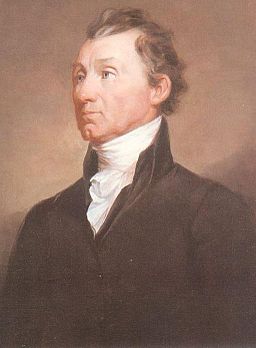 Though he often receives less attention from scholars than other presidents who came from Virginia, Monroe’s elections and administration were notable for several reasons. In the 1820 election Monroe got all the electoral votes except one. When elected, Monroe was the first president to hold his inauguration outdoors. He was also the first chief executive since Washington to take a national tour of the country. Unlike his friends Jefferson and Madison, Monroe had an outgoing personality that endeared him to the other Americans he met. His cross-country tour was such a success that he travelled several times while in office.

As president, Monroe utilized his agreeable personality to great effect. He had a talent for picking men with great minds to serve in his administration and maintained good relationships with his cabinet members. Despite his opposition to John Adams’ political views, Monroe chose Adams’ son, John Quincy Adams as secretary of state. Monroe’s easy going personality allowed him to get along with almost anyone, so the two men established a good working relationship. Adams encouraged Monroe to make a statement about European influence in the Western Hemisphere.

In his annual message to Congress, Monroe stated “the American continents, by the free and independent condition which they have assumed and maintain, are henceforth not to be considered as subjects for future colonization by any European powers.” This part of Monroe’s message came to be known as the Monroe Doctrine. The doctrine made it clear that America had a right to protect any nation in the Western Hemisphere against European aggression. As a product of both John Quincy Adams and Monroe’s ideals, the doctrine aptly demonstrated the president’s ability to partner with unlikely people for the good of the country.

Like most kids, I learned a lot about George Washington in school. He was celebrated as an American hero and someone whose childhood we should all admire. I knew almost nothing about Martha Washington, except that she was a supportive wife to America’s first president.

Of course, when she was born, Martha had a different last name. The first born of nine children, she was named Martha Dandridge, but her family nicknamed her Patsy. She grew up on a plantation near Williamsburg, Virginia. In the 1700s, the word plantation meant property that was devoted to a single crop, not necessarily thousands of acres of land with a mansion. In Virginia, plantation owners like Martha’s father grew tobacco. Martha did not grow up in a fancy home, but it had two stories, two chimneys, and comfortably housed all the Dandridge children.

With a total of eight siblings, Martha learned to care for children at an early age. Her father John Dandridge had slaves who worked in the fields, but could not afford household slaves. As a result, Martha’s mother taught her how to do every necessary chore. With her mother Frances by her side, Martha learned to kill and cook chickens and other fowl, make clothes and bed linens, wash clothes in a big boiling kettle without burning them, and how to preserve food and make home remedies for illnesses. Based on later accounts of her work stitching clothes for U.S. army soldiers, she learned her lessons well.

In addition to chores, Martha learned the skills she needed to be a success in Virginia society. Dancing was an especially important social skill. Dancing masters traveled to various towns to teach young people, boys and girls, to dance. Learning to dance was a break from chores, but some of the dances had such complex steps that practicing them seemed like a chore. Conversation was also considered an art, and Martha took to it easily. She genuinely enjoyed other people and cared about them—an asset that served her well as First Lady.

Although Martha did not have the same academic education as some young women from New England, she learned to read and enjoyed books all her life. Her grammar and spelling were inconsistent, but she got her point across in letters. She did better in math, which came in handy when she had to manage the business accounts of her first husband, Daniel Custis.

At seventeen, Martha was considered an adult, and she became secretly engaged to Daniel Custis, a wealthy man twenty years older than Martha.  Though it seems strange to us that a young girl would marry someone so much older, young girls often got engaged to older men in the 1700s. Martha and Daniel also genuinely liked each other, which was probably less common.

According to a family account, even as a teenager Martha “excelled in personal charms, which with pleasing manners, and a general amiability of demeanor, caused her to be distinguished amid the fair ones who usually assembled at the court of Williamsburg.” She was not beautiful, but she was pretty and good-natured and conversed easily with everyone. Her charm also won over her future father-in-law John Custis, who originally objected to the match.

After she became a wife, mother, and then a widow, she was courted by George Washington.