The most famous Kennedy dog was Pushinka, whose name meant fluffy in Russian. Soviet Premier Nikita Khrushchev gave the mixed breed dog to Caroline as a gift after the Cuban Missile Crisis. After the Secret Service checked the dog for bugs to make sure the Soviets weren’t using it as a spy, Pushinka became part of the family. JFK Jr. remembered that he and Caroline taught Pushinka to go down the slide on the White House playground. “Sending the dog down that slide is probably my first memory,” he said.

Pushinka struck up a romance with the Kennedy’s Welsh terrier, Charlie. In June 1963, Pushinka had puppies. Caroline and John-John named them Butterfly, White Tips, Blackie, and Streaker. JFK referred to the puppies as “pupniks” since Pushinka was the daughter of a dog who had been to space on the Russians’ Sputnik 2. When the puppies were two months old, the First Lady picked two children from the thousands that had written to the White House asking for one of the pups. That’s how Butterfly and Streaker got adopted. The other puppies were given to family friends.

The father of the puppies, Charlie, was “large and in charge.” He bossed the other dogs around and made sure he got first dibs at dinnertime.  When given the chance, he showed humans who was boss, too. If a visitor ignored him, Charlie peed on that person. Although he was not an official watchdog, he growled if someone got too close to JFK. 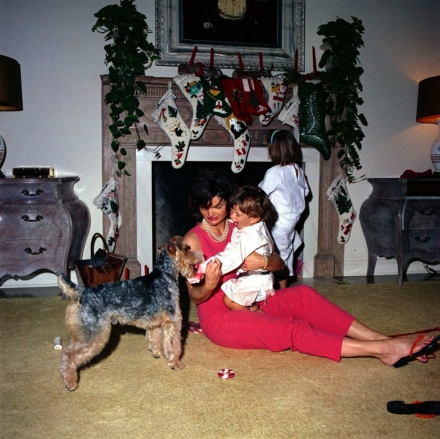 Charlie loved to play fetch, but he got so obsessed with the game that the president got annoyed. Fortunately, Charlie and the president both enjoyed swimming and long walks.

Charlie may have been one of JFK’s favorite dogs, but the First Lady preferred a German shepherd named Clipper. A gift to the family from JFK’s father John Kennedy, Clipper velcroed himself to the First Lady’s side. He was the only Kennedy family dog to get formal obedience training. Caroline and John-John enjoyed tagging along with their mom to watch Clipper and other German shepherds at the training site. 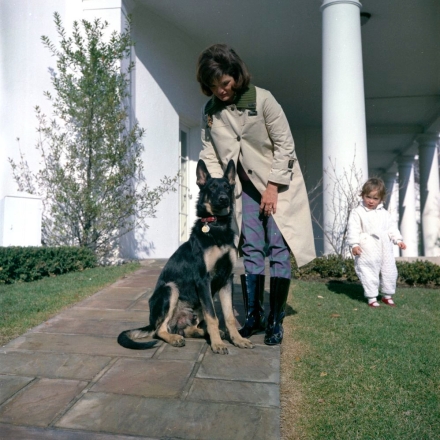 Note: this is not a complete list of the Kennedy presidential pets, but includes some of the most popular ones.